Progression of Diabetes from Type 2 to Type 1 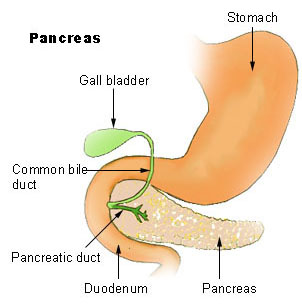 Diabetes is becoming almost epidemic in the United States and most modern countries with our related modern diets. While we generally hear about type 2 diabetes as age related diabetes, we seldom hear that it can become even more severe than just insulin resistance that occurs with aging. In actuality, it can progress to the more sinister form of diabetes mellitus also known as type 1 diabetes (4). There is plenty of medical research that supports this progression, and the side effects of the progression are extremely unfavorable to health. However, there may be ways to slow or even stop this serious progression.

Type 2 diabetes is generally termed "insulin resistance" (1). This means that the body has tried to adapt to high levels of blood sugars by becoming resistant to insulin. It then takes more insulin to allow sugars to enter affected cells. Usually this can be accomplished with insulin injections, and sometimes specific medications are used to control the diabetes.

Type 1 diabetes, on the other hand is the result of the inability of the pancreas to produce insulin (1). The Islets of Langerhans are no longer producing insulin in the pancreas and the result is that one must take insulin in order to survive. It is no longer a choice. This can become a "big deal" with many potentially negative health side effects. Sided effects from type 1 diabetes include negative effects to the cardiovascular system, eyes, kidneys, nervous system and brain, peripheral areas and more. While these effect also occur with type 2 diabetes, they can be better controlled with type 2 than with type 1.

So how does this progression from type 2 to type 1 occur? Basically it occurs as follows: Type 2 diabetes is "insulin resistance". This has been shown to be caused by oxidative stress from free radicals (2,3,4). Oxidative stress can cause damage and death to tissues. Any time you overwork any part of the body, free radicals are produced that cause oxidative stress. In this case, the pancreas is overworked by trying to make more insulin to overcome the insulin resistance in the body. The resulting oxidative stress damages the overworked areas of the pancreas, the Islets of Langerhans. Too much overwork and the islet cells can become fatigued and/or die. In either case they no longer are effective in producing insulin and insulin must be taken by injection and/or pump to regulate blood sugar as a result of eating sugars and carbohydrates.

The logical solution is simple, although not always easy to accomplish: reduce the amount of calories ingested from sugars and simple carbohydrates to less than you burn via exercise. You can either decrease your sugars and carbs, increase exercise or both!

However, another option that has recently become apparent is to also reduce the oxidative stress (2). This is accomplished by the action of antioxidants, primarily your endogenous (internally produced in the body) antioxidant - glutathione. While glutathione is recycled by exogenous antioxidants (those you ingest), antioxidants don't build new glutathione. So if you are low on glutathione, you may not be able to satisfactorily resolve oxidative stress. It's like your auto engine overheating when it is low on radiator fluid. Unfortunately most people start getting low on glutathione by the time they are 40 or 50 years old. This may be due to stress, diet, environment or a combination of many factors.

Boosting glutathione levels with a product like ASIHW Essential Proteins is the most effective and natural way we have found to combat oxidative stress that occurs as we age. The benefits of this therapy should be obvious. Boosting glutathione through supplementation of precursors (like from ASIHW Essential Proteins) helps the body to relieve oxidative stress. Reducing oxidative stress has been shown by medical science to relieve type 2 age related diabetes (2). If caught soon enough, it may never progress to type 1 diabetes. If it has already progressed to that stage, then it probably becomes even more important to help relieve the oxidative stress that occurs in the body due to limited regulation of injected insulin.

We think that ASIHW Essential Proteins should be an important part of the diet for every person with diabetes! What do you think?

2. Glutathione synthesis is diminished in patients with uncontrolled diabetes and restored by dietary supplementation with cysteine and glycine: http://www.ncbi.nlm.nih.gov/pubmed/20929994

*These statements have not been evaluated by the U.S. Food and Drug administration. The product is not intended to diagnose, treat, cure, or prevent any disease except as may be directed by your healthcare professional. 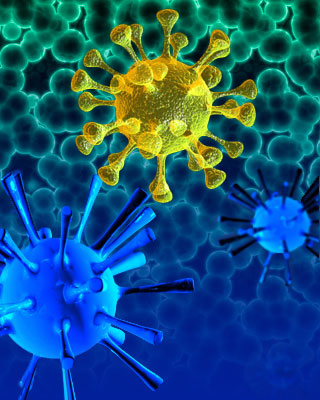